Janice looked at the three boxes and bit her lip. He’d promised her this. She’d been bratty and complaining, and so he told her that for three days her ass would be his, but that she would choose the instrument of torture. Now, she understood what he’d meant. She glanced up at Clark, saw him frown, and knew that if she didn’t choose immediately she’d be over his lap for a good ten minutes. That would put her behind schedule and late for work. She pointed to the middle box.

She did, her eyes widening with horror at what she saw.

“But Clark. Please.” She began to cry even as she bent over. She didn’t have time to disobey. He wouldn’t allow her to open the shop until he’d done this. For each minute she was late opening the shop, she’d receive 20 swats.

“That’s it. Keep begging all you want, Janice. Won’t matter. I’m going to lube you first.”

She jumped a little when he pressed the cold gel into her anus. He worked it inside of her until she was loosened to his satisfaction.

“Please, Clark. Not all day. An hour. Let me start with an hour.”

Janice sobbed, her bottom stretching to accommodate the plug. “When you take it out,” she whimpered.

“Because my ass belongs to you.”

“That’s right. This.” She cried out, the widest part of the plug now inside of her. “Is mine.”

Now that the plug was seated, she felt the two halves spread out, stretching her even further. Yesterday when he’d wanted to plug her, she’d begged him not to, saying 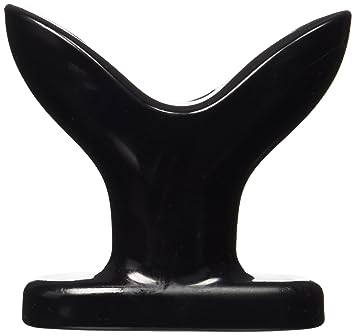 she was afraid it might slip out when they had customers in the store. He’d thought a moment, the agreed to wait a day. That he’d have a plan, a solution for her concern. He was right. There was no way on earth this would ever slip out of her unintentionally. If she attempted to remove it, she’d be caned. That was their agreement. Only he could take out what he put in.

“And there is no way you’ll forget that today is there?”

One thought on “Pick A Box”