Milord has decided that I must write a reflection about the last few days. The first day, as it turned out, was practice. the next THREE days were filled with uncomfortable reprimands which served to make me far more humble and obedient that I have felt in months.

Each day I was not a 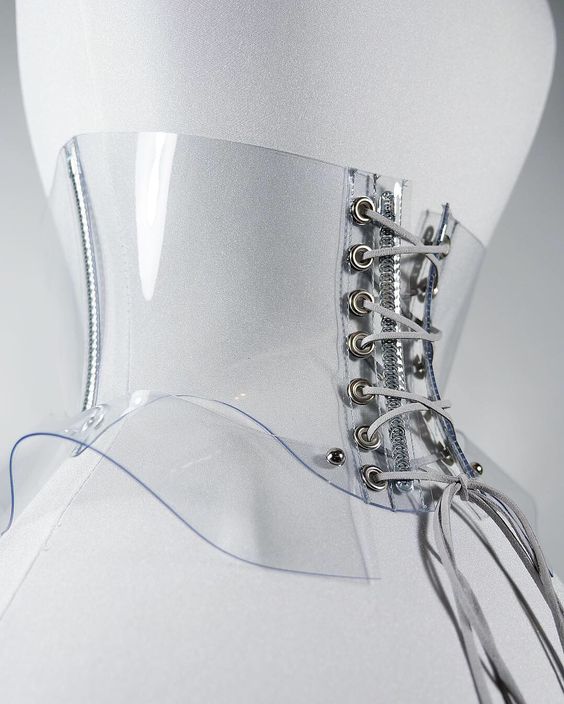 llowed out of the house. I was allowed to ONLY wear a corset or waist cincher which Milord kept laced very, very tightly. I could breathe easily, but could not easily bend and slouching was completely impossible. Yesterday, He tied me into a clear PVC one which was hot and sticky.

All day long, his come dripped down my legs and dried there. I was only allowed to take a cold, three minute shower after he released the corset late in the evening. After, he repeated the performance of the morning, adding a large plug to keep his come inside of me until morning so that he could use the mixture of his own sweetness with that terribly cold lube.

My nipples were clipped at least four times a day using clamps, clothespins, or weighted clips. He also sucked them, twisted them, pinched them, and bit them at his pleasure- which was often. At this point, he can just look at my breasts and I’m wet!

He also made sure my ass was somewhere between light pink and fire engine red at all times. He has used his hand, a cane, his belt, a wooden spoon, a plastic spatula, and a leather crop on my ass. I cannot walk or sit without being reminded of his power. I can’t say I’m in pai

n, because I’m not. There’s just a lingering ache which causes an equally lingering ache in my girly parts. True to his word, he has not touched – or let anything else touch – my puss.

How do I feel? Humbled. Loved. Respected (I WAS the one who asked for correction for my behavior). I am his as much as he is mine. I am on edge, needing to feel him in my puss. I am exhausted by the countless orgasms he has forced upon me. I have better posture. I am, so very much, in a calm and contented place.