Let’s try something new, he said. It’ll be fun, he said. Damned if he wasn’t right! Again! Milord purchased several large temporary tattoos and “jewels” to add to the design. I was to lie flat on my tummy while he applied them – something that would take about 30 minutes or so.

This, obviously, would be too easy. I was to lie MOTIONLESS while he did this with his cock inside of my ass!! If I moved he would pull out and have me suck his cock instead. Now, I know this ATM grosses people out – it does me as well. However, before we began, I did a cleansing enema so I KNOW I was clean inside. Still, the idea of sucking him after he has been in my ass is humiliating. I hate it. I would never, though, deny him.

If this happened, I would keep his cock in my mouth AND he would use his belt on my ass until he was satisfied I could behave to his specification and then he would return to my ass while he applied the tattoo.

I agreed. MISTAKE (but not!!!) Once I wiggled and so he, true to his word, went around to the front of the table I was lying on had told me to open my mouth. I grimaced, but obeyed. I’d agreed after all! After about 5 minutes and 10 lashes of his belt on my ass I was crying and clutching the end of the table.

He returned to the back end, telling me he hoped I learned my lesson – which I did! – and slipped back into 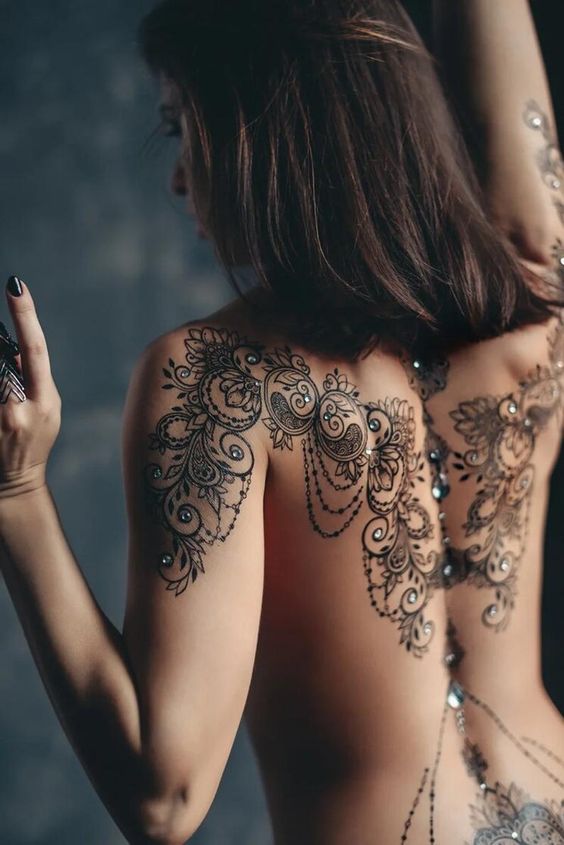 my ass before continuing with the tat. He barely moved inside of me while he worked, but once finished, he went to TOWN. He squeezed my cheeks and slapped them, prompting me to fall over the edge of pleasure!

Now, I have a lovely back tat, a pretty red bottom, an ass full of sweet cream, and a very happy Dominant.

Oh, and did I mention I am required to be nude until the tat fades away? I’m going to enjoy the next few days!

One thought on “Temp Tat”