To be honest, I’ve never used my safe word. I’ve never felt the need. My Lion and I both wondered, then what it would take for me to actually use it. I have no fear that the word would be denied, but I DO have a great need to accept all that My Lion chooses to bestow on me.

Today, therefore, we agreed. We would, one day each week, test my limits until I said my safe word. This week, M 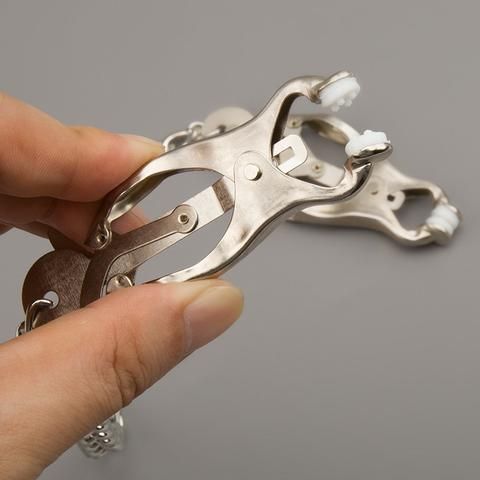 y Lion would focus on my nipples. My Lion refused to allow me to wear clamps for more than 15 minutes for fear of damaging the tissue, so instead, he first chose to increase the degree to which they were pinched. To do this, he chose clover clamps. I blanched when he showed them to me, but I had agree to try anything until I felt the need to employ the safeword. First, he sucked on my nipples to make sure they were good and aroused. When he attached the right clamp I screamed. With the left one, I sobbed. In order to distract me, he played with my clit and licked my pussy. Still, I lasted only 4 minutes before I safe worded out. He continued to suck my pussy, but immediately reached up and simultaneously removed the clamps. I screamed again and came violently. He lapped up my cum, the made slow, gentle love to me until he too found his pleasure.

Two hours later, he decided to try weights. My nipples were still sensitive, but no longer sore. He had me kneel on all fours. Then, he attached one of my favorite pairs of clamps and adjusted the tension so that they were tight but comfortable. Next, he began to add magnetic weights. Again, in order to distract me, he lubed up my ass and slowly, carefully entered. I came quickly, which made him laugh with pleasure. He added more weights. And more. And more. My nipples elongated and the pain beca 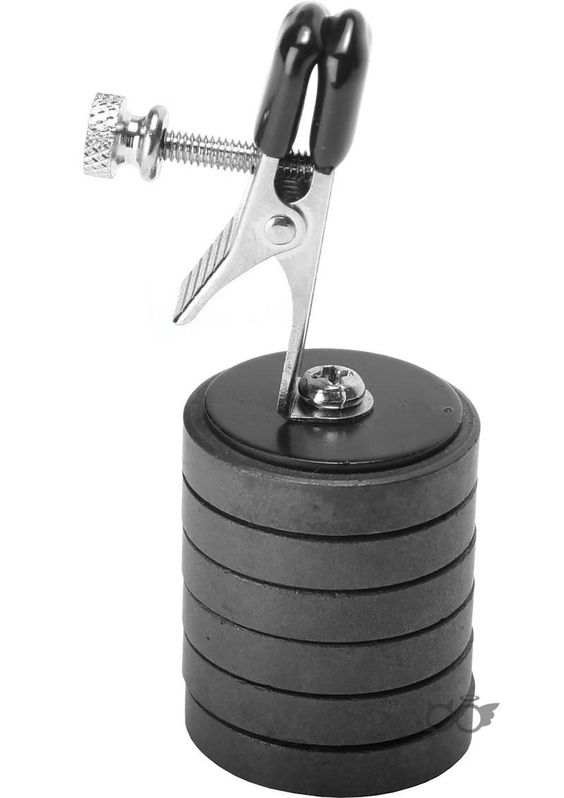 me intense.  Nonetheless, his cock in my ass was enough of a distraction that it took six weights before I cried out and shouted my safeword. Again, he immediately released the clamps, forcing the blood to pound back into my tortured buds.

This time, I screamed and cried his name as waves of pleasure fought and won over the waves of pain. He too came, emptying himself into me.

On one hand, I was disappointed in myself. I thought I could take more than I had. On the other hand, the look of pride and pleasure on his face quickly assured me that My Lion had not been disappointed in the least.