I’m terrified. And excited. More than I’ve been in weeks. Milord had a little chat with me this morning, letting me know that he’s noticed my lackluster attitude, my 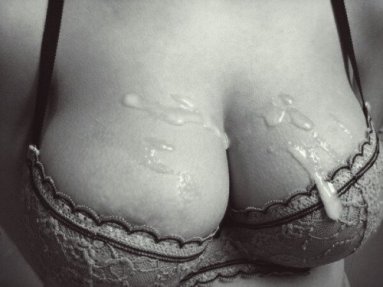 snide comments and, while I have been following all of the Fall Rules 2017 I obviously have done so reluctantly. I couldn’t deny a single word he said. It was all true. Further, he said, he feels responsible for my attitude. Things between us have gotten stale, mundane even. I opened my mouth to deny this, but he shushed me. He likes routine, predictability, stability, but can understand where someone else (me for instance) would find such boring. Nonetheless, He would have his routine that he needed. He would also, he assured me, add something new and unqiue to that routine so I wouldn’t become bored. Tuesday, he decided, would be devoted to my breasts. He would use only my breasts. To begin, sucked on my nipples until I was squirming for release. Milord is nothing if not prepared, because, without taking his mouth from my left nipple, he reached over to the nightstand, grabbed something, then pushed that something (a massive dildo) into my drenched pussy. He caught my engorged nipple between his teeth, bit, and worked the dildo in an out until I screamed his name, losing myself in the power of the orgasm. He released the left nipple, now tender and swollen, only to capture the right one and repeat the procedure until I again screamed his name, begging for mercy. Next, he covered my tits with peppermint enhanced oil, making them tingle. He straddled me, pushed my tits together, and fucked them until he came, coating me with his own cream. This he rubbed into my skin, scolding me for coming without permission, telling me that he had a special punishment all set up. I bit my lip, nodding my acceptance.

stand, well, kneel, really. My breasts, sticky with his come and still tingling from the peppermint oil, resting on a rough hewn tabletop. Milord taps the cane against my flesh and I feel a gush of wetness spring from between my legs. I look up into his eyes, he smiles diabolically, then lifts the cane.

Tuesdays will never be boring again.