Robert has been a bit out of sorts lately, and that has been my fault. I’ve been overlooking one of his needs. Sure, he has his Daily Duties to perform – washing my hair, licking my body dry after the shower, worshipping my feet when I get home from work

, and giving me at least 5 orgasms before he’s allowed any gratificiation, but I have, in fact, been allowing him that gratification. That’s all changed now. Last night when I got home from work I wanted Robert naked. I had a surprise for him, I told him, and if he performed well, he’d receive it before we went out for dinner. Eagerly, he began with my shoes, licking and polishing them before removing them. The he began kissing each toe, sucking on them, massaging my arches. When I was relaxed, I nudged his hard cock with my toe, his signal to move up. Using only his lips, tongue, and teeth, he worked his way up, nibbling and sucking through my silk panties. Only after he’d m

ade me come did I allow him tto remove my panties. Four more to go, but now he was allowed to use his hands. Within minutes, he’d accomplished his goal. He stood, his cock at full attention, expecting his own reward. I smiled at him and asked him to stand. I handed him a box which he opened. His eyes widened and his cock twitched when he saw what was inside of it. “I’m going to milk you, Robert, and then we’ll get you all locked up, safe and secure,” I told him. His eyes darkened with pleasure. “Yes, Madame”. Once he was locked in place I asked where he would like to go for dinner. He hesitated, then named one of our favorite restaurants. I took the key and slid it onto my anklet while he dressed for dinner. Throughout the evening Robert was ever inch the gentleman – holding the door open for me, helping me into 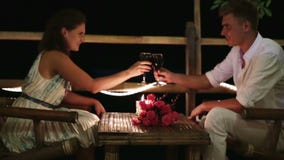 my set, pouring wine into my class. When we walked, he kept a protective hand on my lower back or elbow. Later, after we were in bed, me having enjoyed one more orgasm and resting in his arms, he asked how long I planned on keeping him secured. I just kissed him and said, “For as long as I like.”